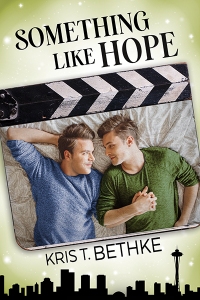 gay relationship with one of the main characters on the show. While the cast and crew are mostly supportive, lead actor, Lucas Logan, is not. Aaron feels nothing but inexplicable coldness from the man.

Lucas admits his attraction for Aaron, but he is reluctant to act on his desires because of the potential detriment to his career should his sexuality become public. What they have between them could be sizzling hot. But is it worth the risks? 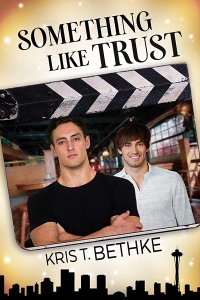 While working security for a popular prime time television show, reservist Jared Connors meets guest star Brandon Culpepper. They are immediately drawn to each other, quickly discovering they are what the other needs.

Even though Brandon is in town only for the duration of his guest-staring role, the men agree to have a short-term affair. When the filming is finished, however, it’s harder to let go than either expected, but Brandon has to leave for another role. Their resolve for their relationship to be over is soon tested when each realizes their emotions are more involved than they thought.

But figuring out a way for their very different lives to fit together seems an impossible task. Can they trust each other enough to find a long-term solution?

For actor Daniel Jacobs, accepting he’s gay is easier than he expected.  But actually acting on the attraction he’s just 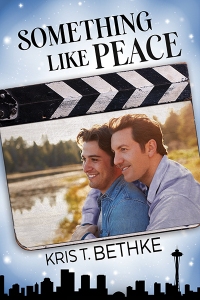 begun to acknowledge proves more difficult. Fortunately the very sexy Vincent Stevens is willing to introduce him to all he’s been missing, but Dan’s not sure a fling with his TV show’s sometime director is wise.

Throwing caution to the wind, Dan seeks out what Vincent has to offer and before he knows it, he’s in over his head. When Vincent experiences a health scare, he’s not sure how to take Dan’s fussing.  They are starting to find their way toward more, but it will only work if they can recognize the peace they bring one another 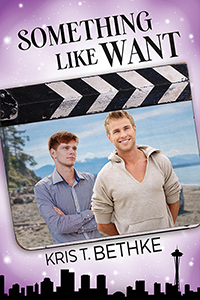 Actor Alex Lockhart’s career is in a good place. The roles are coming in, the work is steady, and everything is falling into place. Even his sex life, since Alex finally hooked up with another hot actor, Spencer Johns, and Spencer pushes every one of Alex’s buttons. Just when Alex is on the verge of landing an exciting role, he learns the part went to Spencer. And Spencer didn’t even bother to mention he was up for the part.

Feeling furious and betrayed, with one punch Alex takes their sudden feud public. Hollywood is abuzz with their rivalry. But when a chance at a great independent movie comes up, Alex can’t turn down the role, even if Spencer is also slated to be in it. Beneath his outward hate and loathing for Spencer simmers hurt and a desperate want Alex can’t seem to quell. But as he tries to hold onto the hurt and anger, Alex learns Spencer isn’t quite what he thought. Can burning desire and want be enough to put out the flames of Alex’s rage?

Something Like Hope: Actor Aaron Zeller finally gets his big break. But when another lead actor, Lucas Logan, doesn’t seem happy, Aaron is confused. Feelings bloom but can they find their way 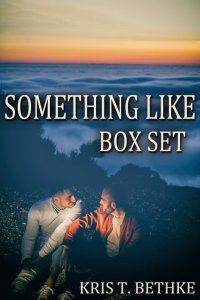 to happily ever after?

Something Like Trust: Jared’s skills are honed sharp, and that extends to making sure a lover has what he needs. Brandon Culpepper is one of a kind, and fits with Jared perfectly. But their lives seem to want to keep them apart. Can they learn to trust each other?

Something Like Peace: Dan Jacobs has finally embraced his sexuality. Fooling around with his show’s sometime director Vincent Stevens probably isn’t the best idea. But together they found something that works. Can they recognize the peace it brings them?

Something Like Want: Alex Lockhart is a shining star, but when one night of passion turns into the biggest betrayal, Alex doesn’t know how he can recover. Spencer Johns was everything he wanted, and now he’s Alex’s worst enemy. But that doesn’t stop Alex from wanting Spencer. And Spencer wants him back. Can want be enough?